Insight/Strategy:
The campaign focused on pets that are traumatized by firework explosions and go missing on the 4th of July. Children also get hurt from using illegal fireworks. When it comes to the safety of pets and children, people were willing to be more responsible with the use of fireworks. This powerful emotional campaign not only touched people’s hearts, it changed their behavior.

Results:
This highly memorable, integrated media campaign was further amplified by free local news media coverage. After launching the campaign, awareness was raised within the City of Chino and surrounding communities of the dangerous ramifications of using illegal fireworks, resulting in a reduction of the use of illegal fireworks, fines given, and animals missing. 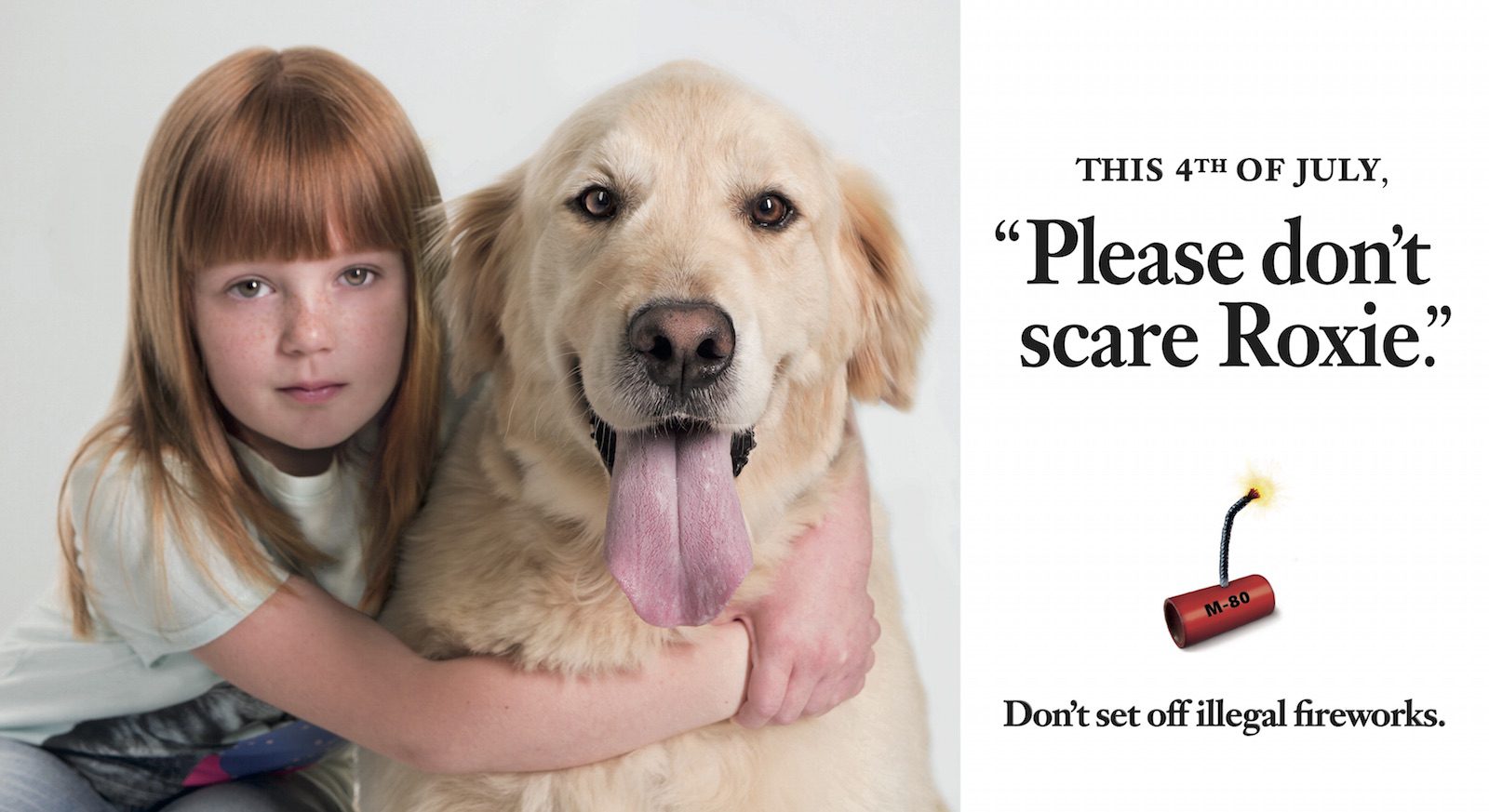 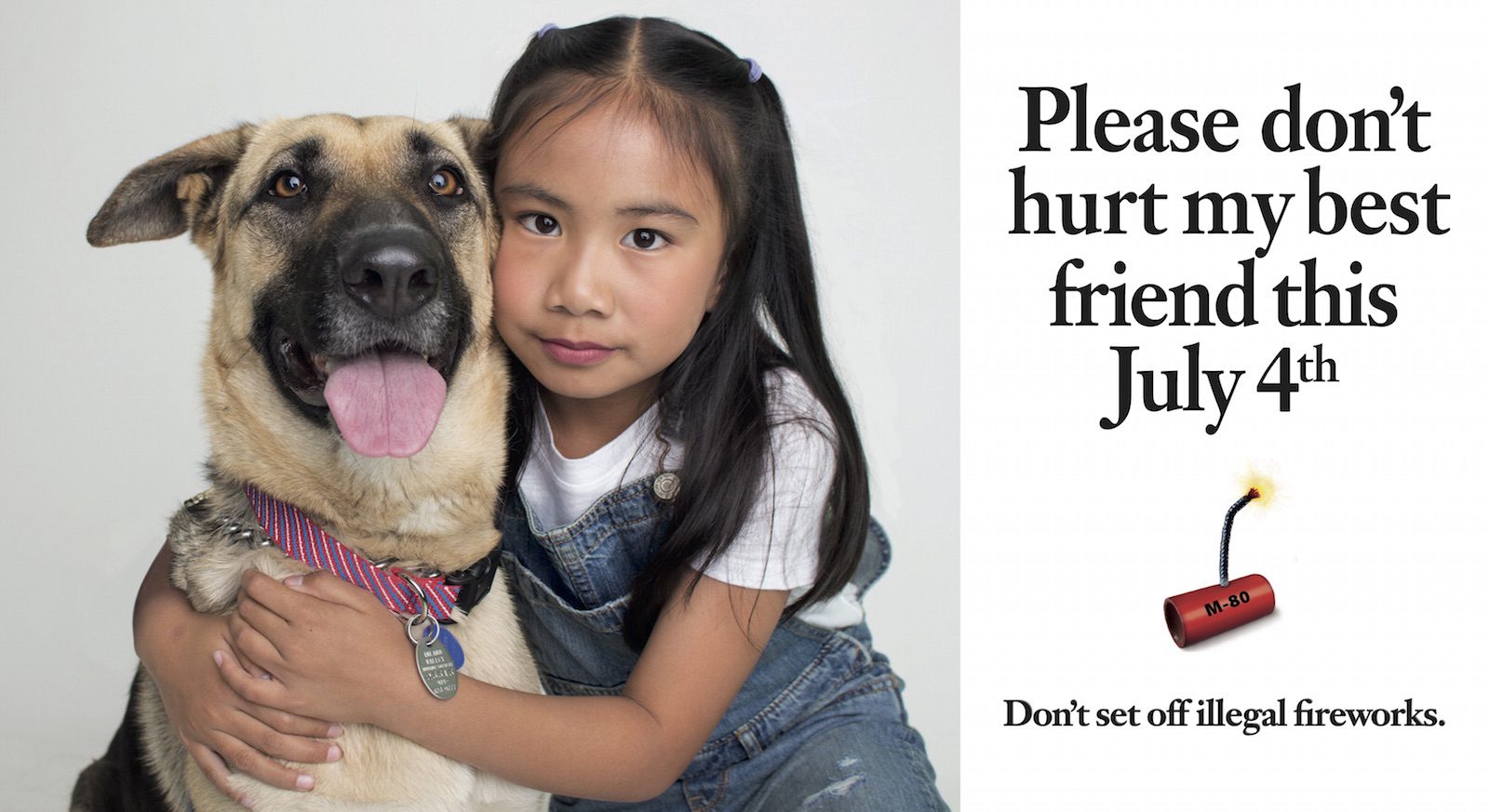 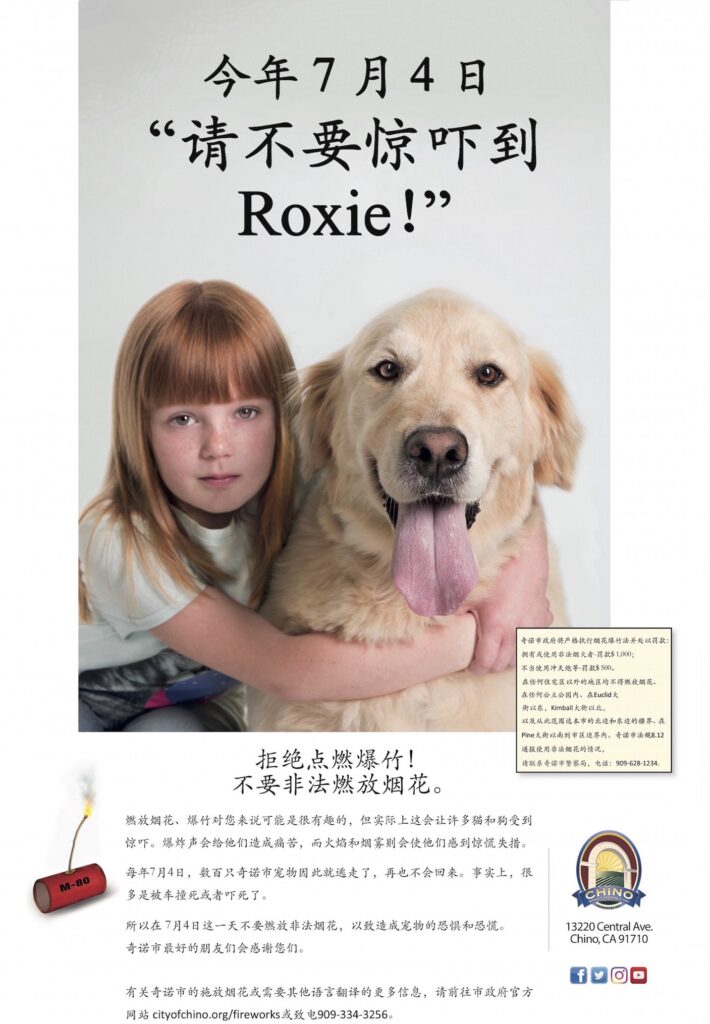 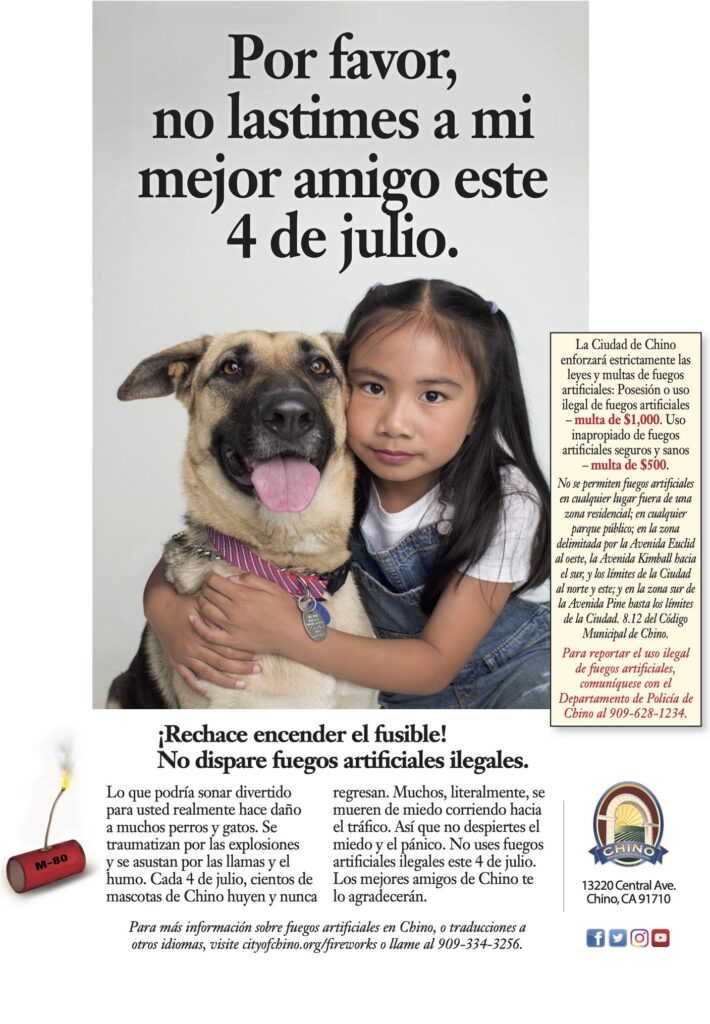